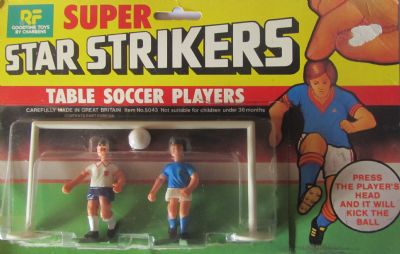 ...other interesting football items that I love!

So they get a page to themselves. They include painting kits, stickers, coins, posters and model footballers of a similar age to the main football games on the site.

Immerse yourself in this wonderful nostaglic stuff by visiting the Got, Not Got blog site. 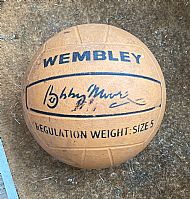 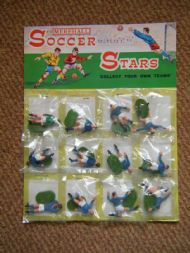 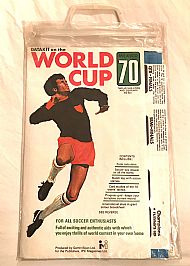 Datakit Mexico 70
A fabulous package of leaflets and posters produced by IPC magazines for the 1970 world cup. 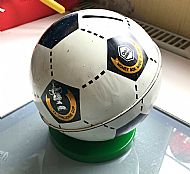 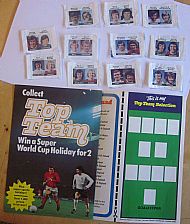 Esso Top Team player stamps + leaflet
The ESSO petrol set of colour footballer discs is very well known. Less well known are the wrappers that each contained players sticker stamps. You collected them on a leaflet to enter a competition. 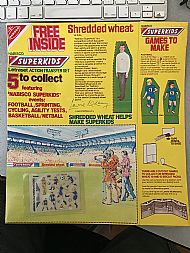 Shredded Wheat Superkids
A Shredded Wheat cereal box with set of run down Letraset transfers.
Shredded Wheat produced loads of football giveaways - take a look at www.cerealoffers.com for a trip down memory lane. 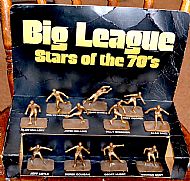 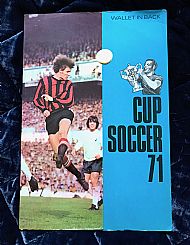 Starlux Kix cereal busts
A set of eleven player busts of the French 1998 world cup winning team given away in Kix cereal in France in 2002. 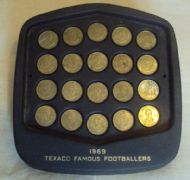 Texaco Famous Footballers 1969
The first of the petrol station football coin giveaways?
Texaco from 1969 in the impossible to find display stand 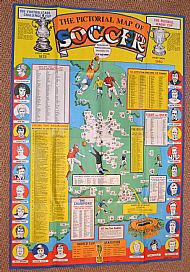 1968 1st division figures
15 mini vinyl football figures in the kits of 1967/8 1st division clubs. Look like pen toppers or key rings but no holes or attachments. Price is for all 15 figures 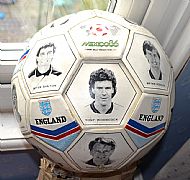 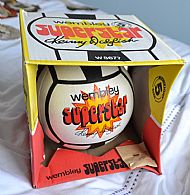 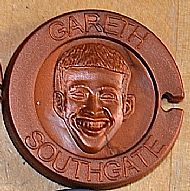 Wotsits 3D Whooshers
A set of 12 plastic Whoosher pog type flying discs from Wotsits. They have the scariest player portraits ever! 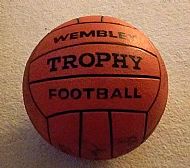 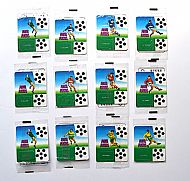 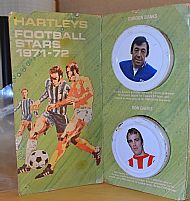 Hartleys jam jar lids
A lovely set of twelve jam jar lids from the early 1970s. Do you remember these?
Click on the image to see the full set. 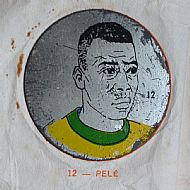 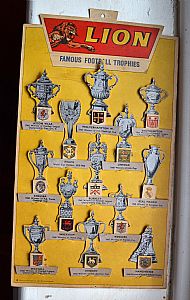 1970 World Cup country flags
A lovely little plastic display with 16 flags of the participating countries. Some damage as shown but a lovely item from Mexico.

Fridge Magnets
Lovely set of fridge magnets 1996 Premiership teams. Club crest and home and away shirt for each team. 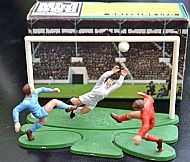 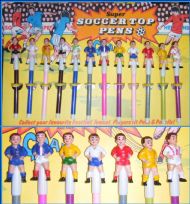 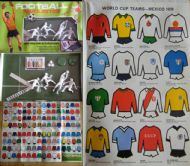 Mystery solved - Sugar Smacks cereal
Thanks to Nick at cerealoffers.com for providing the answer, these were given away in 1970 in Kelloggs Sugar Smacks cereal packets. Click for details.
Price is for a complete set of 8 figures. 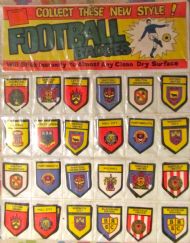 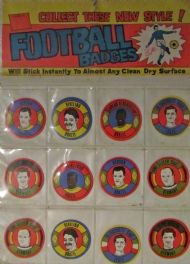 1970 World Cup players
I am truly lost for words. How do you begin to describe such magnificent items? 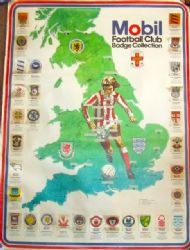 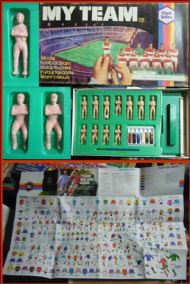 My Team painting set
A moulded plastic set of football players in classic team group pose together with a display base.
The set comes with paints and a paintbrush plus a team colours poster. Shame they chose such a crap team to feature on the box.

Jag Soccer'68 poster
Oh my word what a beauty!
Superb poster showing all British and Irish club colours from 1968.

Soccer Coach projector
Football coaching tips and skills presented through a slide projector - must be really good as Martin Chivers endorsed it. 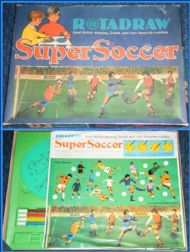 Super Soccer Rotadraw
I am sure many people remember these sets. Large plastic wheels that you trace outlines through and magically a complete picture appears. Nice poster artwork in this set.

ESSO Football Match promotion
A long forgotten ESSO promotion not up to their usual standard. Match the player and badge to win cash prizes.
Does anyone have Gordon Cowans or the actual poster you received for collecting the set? 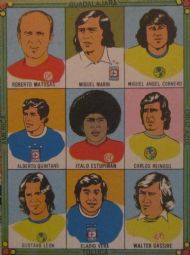 Mexican stand off
This year's Mexican hairdo of the year award was a close run thing, but yet again Italo Estupinan came out on top for the perfect Fro.
Price is for a number of cards. 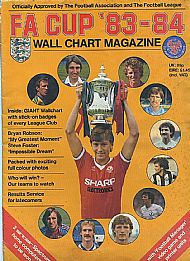 Statmill FA Cup wallchart
A magnificent poster magazine packed full of club badge stickers. Click on the image to read all about them.

Sculptorcraft Footballers
A basic set of plaster moulded tiles to make and paint!
Did you have this set, any photos of your finely crafted art? 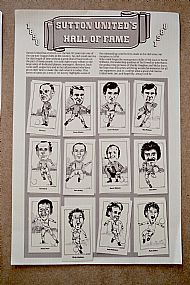